Today I want to tell you about a new Russian TV-series named „Survival Game“ («Игра на выживание»). It’s a psychological thriller. Actually I am not keen on Russian series at all. After „Friends“, „Lost“, „Game of Thrones“ and „Expansion“ it’s difficult to find something worth watching. But this series is unexpectedly cool and of very good quality.

A group of 16 people comes to Siberia to participate in a new game show. They should split up into two teams and take part in different competitions every week. The team that loses has to choose a participant who has to leave the show. They will stay in Siberia for a month. The one who stays at the end wins and gets a million dollars.

So, everything seems to be quite ordinary. But in the first night the participants hear shots in the forest. The next day the find all the crew (cameramen, etc.) lying dead in a hole. Now they are alone in Siberia with no phones and no food, hundreds of kilometer away from civilization.

Scary things happen almost every day and fewer and fewer members of the group remain alive. An attack from escaped prisoners, rape, murder, a village of cannibals, scientists experimenting with a new virus, an abandoned city inhabited by a crazy surgeon who forces members of the group to saw off their own legs to survive — is this all just a nightmare, or the contrived plot of a crazy death game?! And if it is a game, can the group escape it, or must the group keep playing until the last person alive is deemed the winner?

One day the five remaining participants figure out that they have been filmed on hidden cameras the whole time. They begin to suspect that there is a dummy participant (one who is not a real participant, but is one of the organizers of the show).

Then they have been told there has to be only one winner – the others have to die...

The dummy participant is a middle-aged woman who pretends to be a mother of three children from a remote place. At the end she confesses that she is an actress from Moscow and the winner of the previous show. Now it becomes clear that it’s impossible to quit the deadly game even after you have won.

Our favorite character is a harsh young woman named Viktoriia Кempinnen who decided to take part in the show although she suspected it could be dangerous. She wants to find her twin-sister that took part in the previous show and got lost.

To Get Satisfied With Your Body

30 End of the Year Reflection Questions 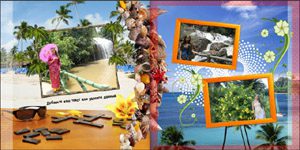